How My Mom's Lessons Saved Me from a Child Molester

I believe anyone serious about self defense (as opposed to just “martial arts”) must be informed about subjects such as the nature of violence and the mindset of criminals.

To that end, I’ve recently been reading the book Predators: Pedophiles, Rapists, and Other Sex Offenders by Anna Salter. It’s just as grim as you might imagine. Importantly, Salter doesn’t simply focus on the predators themselves, but their victims and their communities. She doesn’t dwell too much on why predators do what they do, but how they choose victims and how they get away with it. Children, for example, are vulnerable because they have often been taught to be subservient, unquestioning, and obedient to adults, especially figures of authority.

I was not raised to be unquestioning. Quite the contrary; my mother encouraged me to think independently and to question things. Don’t get me wrong. This didn’t mean I could simply refuse to do what I was told. I knew I could question rules, but that in the end I had to obey them. I was, after all, still a child. But if I did question something, I usually got an answer besides just “because I said so.”

(Incidentally, my mother’s non-fascistic style of parenting makes children less susceptible to peer pressure. Research from the University of Virginia shows that young teenagers who are taught to argue effectively are more likely to resist peer pressure to use drugs or alcohol later in adolescence.)

I was also not taught to be mindlessly obedient. There is one example from when I was quite young that comes to mind, perhaps because it would later have a profound effect on my life and spare me a great deal of pain and misery. 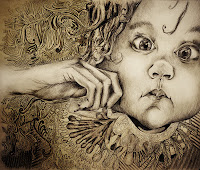 Befitting someone with reddish hair, as a 3- or 4- year old little kid I had very rosy cheeks. It looked like I was wearing blush. Adults frequently would comment on them, and then proceed to pinch them. I hated it.

Eventually, I said to my mother, “Mommy, I don’t like grown-ups pinching my cheeks. Tell them to stop.”

“Just say, ‘Stop doing that. I don’t like it,’” she answered. “You don’t have to explain yourself.”

So I started to stand up for myself. Some adults were a bit taken aback. Some thought it was cute. But, in general, they listened. I recall one time when a waitress just laughed at me and started to try to pinch my cheeks again. My mother intervened, saying loudly and clearly, “Did you not hear him? Do not do that.”

Fast-forward a couple of years. I’m now about 5-years old. I sometimes played with a neighborhood teenager named Bobby who did some yard work for our family.

As smart and worldly as my mother was, neither she nor anyone else thought it was odd that an adolescent would want to spend time with a preschooler. No one wondered if he had an ulterior motive. He did. 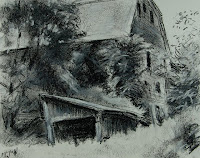 For some reason, at the time I had a faux U.S. mailbag that I kept toys in as well with a kid-sized postman’s cap. One day, I was in my backyard carrying my bag and wearing my cap. Bobby came by and asked if I wanted to play. I said yes.

Some of the specifics of what followed are blurry, while others are all to clear.

We managed to end up in the small barn at the far end of the yard, far away from the main house.

Bobby noticed my postal-themed gear, and suggested we play post office. At first, the game was harmless and innocuous, with me going outside the barn, knocking on the door, and pretending to make a delivery.

Then it turned creepy. Without getting into the sordid, disturbing details, suffice to say Bobby at some point got his penis out, and suggested I “lick his stamp” and he could “lick mine.” 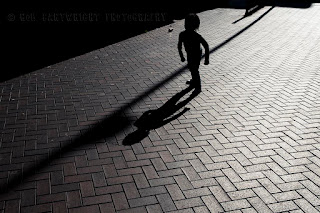 I knew nothing about pedophilia or child molesters at the time, but I knew this was weird and wrong. Remembering what my mom had said about standing up for myself, that’s exactly what I did. I said I didn’t want to play anymore and that I was leaving. Bobby still tried to convince me. I was afraid he might try to force me to stay. He was, after all, much bigger than me. Yet I resisted acting fearful, and instead acted assertive, even angry. “I am going home NOW!” I said as assertively as I could. Bobby apparently decided it wasn’t worth it for him to continue, and I left.

I don’t think I ever saw Bobby again after that afternoon. My family vaguely wondered why he didn’t come around anymore, but didn’t really give the matter much thought.

I am embarrassed to say I didn’t tell anyone what happened. I know now that I should have, but at the time it was just too uncomfortable to talk about. For what it’s worth, I later found out that Bobby ended up in prison serving a lengthy sentence for being involved in a car theft ring.

(As an aside, I think if I had told, someone in my family might very well have killed Bobby. My late grandfather, who was a D-Day vet, in particular would have been tempted to take action. And he probably would have gotten away with it.)

I can’t help but think that if my mother didn’t teach me to question and to stand up for myself, if she hadn’t taught me to say “No!” than the situation in the barn with Bobby would have gotten much worse. I could very well have ended up being molested. But I did say “No!” and I wasn’t molested, and have my late mom to thank for that.
Posted by Brandon at 2:35 PM