I was thinking to myself, "What does this blog need more of? Of course! Pretentiousness! And navel-gazing!" And thus Philosophy Thursday was born.

In all seriousness, I have long been interested in philosophical matters. I actually considered majoring in philosophy in college, but opted for history instead under the mistaken assumption that it was a better choice from a professional standpoint.

A couple of caveats: One, I make no claims of being some sort of expert on philosophy. I am a layman. A reasonably well-informed layman, but still layman. Two, my approach to philosophy is very personal and subjective. Some of my views may be confusing, troubling, or even offensive to some readers.

With that, please enter freely and of your own free will!

To kick off Philosophy Thursday, I want to look at the cheery subject of nihilism. What is nihilism, or better yet, what is a nihilist? For the purposes of this post, I'm going to go with Friedrich Nietzsche's definition:

I tend to simplify this by saying a nihilist as one who thinks that the world that should exist doesn't, and that the world that does exist shouldn't.   Sounds like a rather dark way to view existence. I should know, as I've struggled to resist the lure of nihilism most of my life.

That statement might sound a bit melodramatic, but it's true.

I love chickpeas. They are one of my favorite foods. I'm not alone: People have been eating and cultivating chickpeas for at least 7,500 years. Besides being delicious, chickpeas are also very nutritious. They are rich in protein, minerals, fiber, and essential amino acids.

Chickpeas also have a starring role in one of my go-to quick meals: Garlic Balsamic Chickpeas. The recipe is a variation on one that originally appeared in the excellent cookbook Happy Herbivore Abroad by Lindsay S. Nixon.

Put the oil in a nonstick pan on low-medium heat. Once the oil is heated, add the garlic, stirring constantly. Just as the garlic 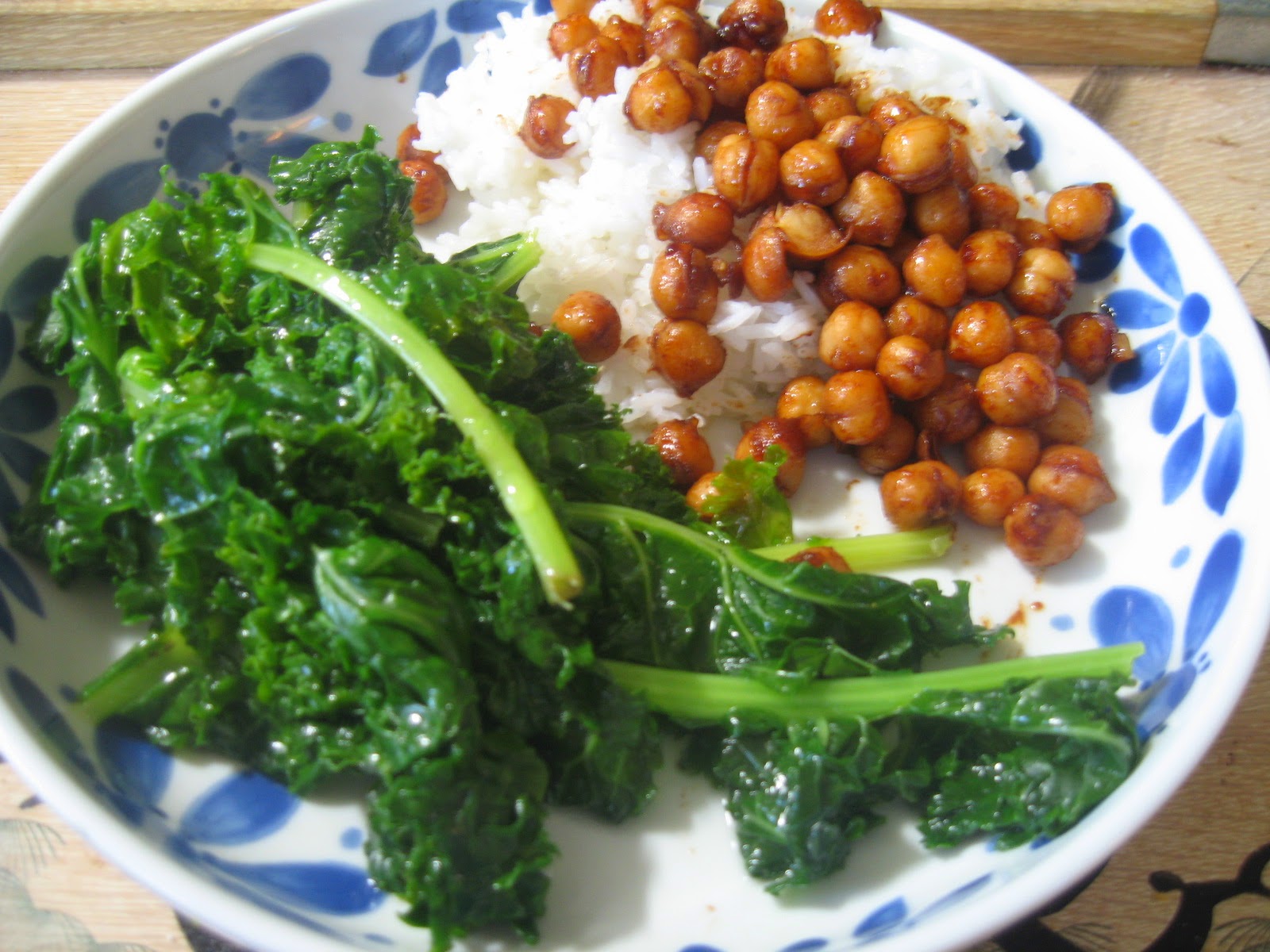 starts to brown, add the chickpeas, balsamic vinegar, and ketchup. Continue stirring, making sure all the chickpeas are coated. Reduce the heat to low, and continue cooking, stirring occassionally for about 10 minutes. When it looks like the vinegar has pretty much thickened, remove the pan from the heat. The chickpeas are ready to eat, but will taste better if you let them sit for another 10 minutes.

There. Done. Pretty simple, no?

Garlic Balsamic Chickpeas taste great on salads or stuffed into pitas. I like to have them on top of rice with a side order of steamed kale tossed with lemon juice and olive oil.