In the past, my 'Favorite Books Read' lists have included 11 works of fiction and 11 nonfiction works. This year, that isn't the case.

To be honest, 2017 wasn't a great year in reading for me. Not only did I read far fewer books in general, of the books I did read, there weren't many that were really outstanding. Thus, a list of '11 Favorites' would be impossible.

Still, I did read some really great books. Here are my favorites for 2017, in no particular order.

Research shows that instant gratification is making us perpetually impatient. That is not a good thing. This anecdote about Hapkido master Bong Soo Han from Zen in the Martial Arts by Joe Hyams is a perfect illustration of the value of patience. 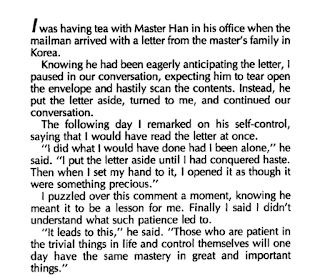 Posted by Brandon at 8:25 AM No comments: 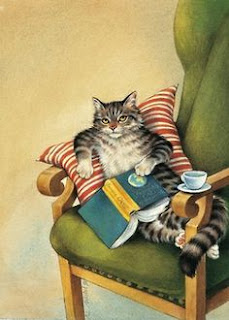 For various reasons—a new job, some sinus issues that affected my eyes, etc.—I read far fewer books in 2017 than in previous years, much to my chagrin. Also, for various reasons—mostly laziness, really—I wasn't as good at logging the books I read in 2017, so I might have actually read more books and just neglected to keep track of them

That all being said, below is my Master Reading List for 2017, in alphabetical order by title. I'll try post a list of my favorite books read last year soon.

Posted by Brandon at 9:37 AM No comments: