Philosophy Thursday: A Buddhist Look at Death and Loss

I'm not really good with death. Over the years, I've lost one pair of great-grandparents, two pairs of grandparents, an aunt, my mother, my best friend, and too many animal companions to mention. While my losses don't compare with those who have survived wars, natural disasters, or other tragedies, it doesn't change the fact that every death of a loved one is painful. In the case of my mother, it was downright devastating.

Since I know dealing with even more death is inevitable, I try to find ways to prepare myself and accept the inevitable.

Some find solace in Abrahamic religious traditions, but that doesn't really work for me. It's not that the idea of Heaven isn't appealing. It is. I just can't quite make the leap of faith required to actually believe in it except in a vague sort of way.

On the other end of the spectrum, I don't fully accept the New Atheists and their denial of any transcendence either.

Somewhere between the theist and the materialist lies the Buddhist, specifically the more philosophical, less religious Buddhism I find myself drawn to.

What do I mean by "more philosophical, less religious Buddhism"? As Stephen Batchelor explains in his book Buddhism Without Beliefs A Contemporary Guide to Awakening, it is quite possible to live in accordance to Buddhist philosophy without necessarily believing in karma, rebirth, the Pure Land, etc. Personally, I neither believe or disbelieve in those things. I just don't find them relevant to my daily life.

The best book I have read so far about the Buddhist approach to death and dying is No Fear, No Death by Thich Nhat Hanh. This is a deeply compassionate work, as is every other book I've read by Nhat Hanh. Very early on, he outlines the basic idea that will inform the rest of the book:

Since we are about midway through 2016, here is a list of the books I've read in the first half of the
year in alphabetical order. 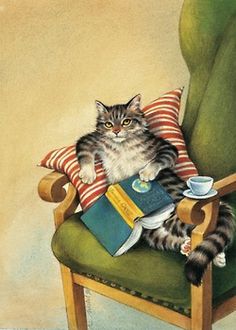