Film: Thoughts on The Batman

As of today, The Batman is available for digital download, as well as streaming on HBO Max.

I have been a Batman fan for as long as I can remember. He is by far my favorite superhero. My gateway drug was the classic Adam West TV series from the ‘60s, which I discovered as a young child. I loved that show. My grandmother even handmade a cape and cowl for me to wear, which I did often.

While my fondness for the character somewhat tapered off for a while, it was renewed with a vengeance with the publication of Frank Miller’s The Dark Knight Returns and Batman: Year One when I was in high school. Though there will always be a warm place in my heart for the campy Batman of Adam West, my preference is for a darker, moodier interpretation of Batman.

Outside of the comics, my favorite version of Batman has always been Batman: The Animated Series, which I consider damn near perfect. That being said, big screen, live-action Batman movies have tended to leave me a bit cold. I didn’t share the widespread love for Christopher Nolan’s Dark Knight Trilogy, finding Christian Bale’s take on the character a bit too normal. I didn’t watch any of the Zach Snyder movies with Ben Affleck, because quite frankly I can’t stand Snyder as a director. And I don’t think Joel Schumacher’s Batman movies are worth commenting on. 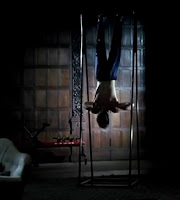 I really liked Tim Burton’s Batman Returns, his first Batman less so. Besides the visuals and twisted atmosphere, what really worked for me with the Burton films was Michael Keaton’s performance as Bruce Wayne and Batman. Keaton understood the fundamental weirdness of the character. I always thought a theme of the best Batman stories was that they were essentially about a mentally ill hero battling mentally ill villains. Burton and Keaton got that, as did the animated series to a certain degree.

That brings me (finally!) to Matt Reeves’ The Batman, starring Robert Pattinson in the title role. This is quite simply the live-action Batman I’ve been waiting for for the last 35+ years.

I won’t delve into the plot too much, as that’s been covered in countless other reviews. In overall feel, it owes quite a bit to Jeph Loeb’s excellent comic series Batman: The Long Halloween without being a direct adaptation.

One thing too many Batman movies seem to forget is that the character is known as “The World’s Greatest Detective.” After all, he first appeared in the May, 1939 issue of Detective Comics. From the very beginning, he was something of an amalgamation of Zorro and Sherlock Holmes, something creators Bob Kane and Bill Finger readily acknowledged.

Director Reeves told MovieMaker he specifically wanted to tap into the noirish sensibilities of films such as Chinatown and Klute.

“This idea of a place that is corrupt, and you try to swim against the tide in order to fight against it and make a difference, is quintessential Batman. And at the center of those noir stories is almost always the detective, right? And that’s why he is the world’s greatest detective. And so this story is, in addition to being almost a horror movie, and a thriller, and an action movie, at its core, it’s also very much a detective story. It’s very narrative.”

Pattinson said of The Batman, “It’s a detective movie. It happens all the time in the graphic novels, but it’s always kind of on the back-burner in the movies.”

Want another, even nerdier source for Batman’s persona as a detective? Check out his stats from the long out-of-print DC Heroes Role-Playing Game by Mayfair Games (which I once owned). Notice that his skills as a detective and scientist are higher than his skills as a martial artist. He may be a great fighter, but he’s an even better thinker. Why else would Batman even be in the Justice League, considering he’s physically outclassed by most of its members? Superman has flat-out stated that he considers Batman to be one of the most brilliant minds on the planet.

The Batman is definitely a mystery movie. In fact, many of the action sequences could conceivably be cut without really impacting the plot of the overall film. Not that I’d want the action sequences cut; quite the contrary. I thought they were very well done. One highlight was a car chase that was reminiscent of John Frankenheimer’s Ronin or William Friedkin’s The French Connection and To Live and Die in L.A. 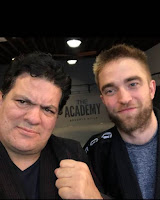 The fights were brutal and more or less believable, especially considering this is a superhero movie. According to stunt coordinator Robert Alonzo, "The goal of fight training with Rob Pattinson was to allow the jeopardy to come in much closer than he’s used to in order to eliminate anticipatory movement and heighten his close proximity reactivity. With this as a primary goal, we trained him in FMA – Escrima/Kali/Arnis, Penjak Silat, Muay Thai, JKD, boxing, and kickboxing. For Rob, we avoided kicking and used more hammer fists, elbows, and knees, while also drilling with sticks that would later enable him not only to improve his reaction time in closer pockets of engagement, but also to pick up anything and use it as a weapon." As someone who has trained in all of those arts, I heartily concur with Alonzo’s approach. In addition, Pattinson trained in Brazilian Jiu-Jitsu under the legendary Rigan Machado. Also, it was refreshing that Pattinson’s Batman wasn’t invincible. Going against multiple opponents, he got knocked down and he got hurt. 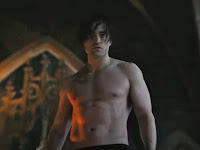 While I’m on the subject of fight training and physical matters, YouTuber JaxBlade's did a video about Robert Pattinson's Batman physique which I totally endorse. Specifically, JaxBlade said he looks like a fighter, not a bodybuilder. It's more believable, and totally fits with this interpretation of the character. Plus, many combat athletes don't look super-chiseled or have six-pack abs. Even the great Georges St-Pierre said in an interview that he maintains his sculpted look more for endorsement deals than for fighting.  As for training, Pattinson ran, worked out with a weighted sandbag, and practiced martial arts. That's a practical, functional regimen.

The Batman is perhaps the Batmaniest Batman movie so far. The majority of the time Pattinson is on screen, it’s as Batman. There are fewer scenes of him as Bruce Wayne. The characterization of Wayne is quite different than in the comics or other films. Gone is the rich playboy persona. Reeves has said that this Bruce Wayne is based in part on Kurt Cobain, and Nirvana’s “Something in the Way” is used to great effect early in the movie. While purists may balk, I found it to be a valid, perhaps even a bit more believable interpretation.

As for Robert Pattinson’s overall performance, I thought it was all around excellent. Like Michael Keaton all those years ago, Pattinson understands the fundamental strangeness of Batman and Bruce Wayne. This is a dark superhero. More than a few commentators have described this as a Batman-for-Goths, and as an old-school Goth, I can’t disagree. The thing is, it works, and Pattinson’s performance is a major part of why it works.

The rest of the cast is uniformly great as well. This is a true ensemble film. Zoë Kravitz is a strong, independent Selena Kyle, serving as both an ally and a foil to Batman. (As a side-note, a short but provocative scene features the Dark Knight getting to experience the creepiness of the male gaze through her eyes.) The always wonderful Jeffrey Wright as lieutenant James Gordon is on a roll, with equally strong recent performances in No Time to Die and The French Dispatch. Colin Farrell — who I’ve always thought was underappreciated as an actor — is totally unrecognizable in voice and appearance as Oswald "Oz" Cobblepot aka the Penguin. At times he seems to be channeling Robert DeNiro and Joe Pesci simultaneously. John Turturro is spot-on as Carmine Falcone. My only disappointment was the rather limited screen time allotted to Andy Serkis as Alfred Pennyworth. Hopefully we’ll see more of him in future films.

That leaves Paul Dano as Edward Nashton, the Riddler. He brings a true horror movie vibe to the film, especially during his first appearance on Halloween night. While the late Heath Ledger’s performance as the Joker in The Dark Knight is justifiably legendary, in some ways I found Dano’s performance more successful. Ledger’s Joker at times comes across as almost cool in a twisted way. Dano’s Riddler does not. He is a pathetic, evil individual. And his ultimate goals and plot are far closer to reality than people may realize. Without going into spoilers or details, suffice to say I’ve read a bit about the connections between social media and mass shootings, and the events shown in The Batman are not at all farfetched. (See, for example, this article by Malcolm Gladwell.)

Much of the location filming for The Batman took place in London and Liverpool. While I love the purposely anachronistic sets of Tim Burton’s films, this version of Gotham is more in line with what I imagined the city to be like. I always pictured Batman’s stomping grounds as being akin to the New York City of ‘70s films such as Taxi Driver or The Taking of Pelham 1-2-3. That clearly is the vibe Reeves is going for, and thanks to the locations and the evocative cinematography of Greig Fraser, he succeeds. It's rather how I imagine Darren Aronofsky's aborted Batman: Year One movie would have looked and felt.

The thing that really struck me as I watched The Batman was that, for the very first time, I felt like I was watching a Batman comic, not a Batman movie. I’m not saying the film isn’t cinematic; far from it. However, it isn’t as beholden to current superhero/action movie tropes and cliches. Reeves does not feel the need to bombard the audience with non-stop action or cheesy humor. He concentrates on mood, allowing the story to unfold at a deliberate pace, and for characterizations to develop organically. A few viewers and critics have complained that The Batman is too long and boring. I strongly disagree. Of course, I readily admit to having something of a weakness for deliberately-paced cinema. Compared to some films I love — such as the 1974 French film ​​Celine and Julie Go Boating, which is over three hours long and basically plotless — The Batman is a fast-paced rollercoaster of thrills.

I am very much looking forward to seeing how Matt Reeves and Robert Pattinson proceed with the Batman franchise. Rumor has it the Court of Owls might figure in the next installment, which would be interesting. I just hope the new owners of DC Entertainment don’t interfere too much. I admit to being something of an adherent of auteur theory, and believe a major reason The Batman succeeded and stands apart from other superhero films is due to Reeves being given a great deal of creative control. We’ll see if he maintains that level of control in the future.

Email ThisBlogThis!Share to TwitterShare to FacebookShare to Pinterest
Labels: Film and TV