I've done a few book-related posts (here, here, and here) over the last few weeks, so I decided to take things one step further and start writing the occasional book review. 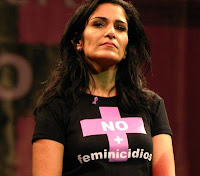 Since I'm a pretty avid reader with rather diverse tastes, I will try to limit my reviews to books that have some relevance to the overall themes of this blog.

So without further ado, here are my brief thoughts on Slavery Inc: The Untold Story of International Sex Trafficking by a writer by a writer Amnesty International called "perhaps Mexico’s most famous investigative journalist and women’s rights advocate," Lydia Cacho.

What does this book have to do with this blog? I've touched on the subject of evil before, and this book is indeed about evil. Personally, I believe that part of 'being a better person" is understanding the bad things going on in the world so we can be prepared to do our part—no matter how small—to make things better.

Obviously, a book such as this is not especially pleasant to read. Accounts of the sexual exploitation of women and children are hard to bear. Fortunately, Cacho writes elegantly and with compassion, managing to convey the stories survivors tell without being graphic or sensationalist. I don't need to hear specific details about a child being raped. This simple yet heartbreaking quote from Yeana, a 10-year-old sex trafficking survivor, sums up the horror quite well...


"Violence is not good because it hurts and it makes me cry."

More on Meditation: Three Ways Meditating Has Improved My Life 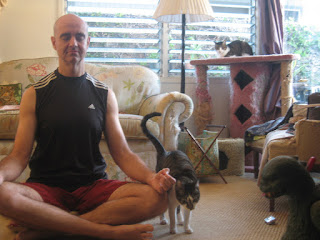 A little over a year ago I wrote a post about Self-Hypnosis and Zen Breathing which touched on meditation.

Since then, I've become way more disciplined in my meditation practice. While I'm still not super hardcore about it, pretty much every morning I meditate for 10 minutes and go through 10 minutes of yoga poses before moving on to make workout. If pressed for time, I'll skip the workout but not the mediation and yoga. Those 20 minutes just have such a profoundly positive impact on the rest of my day.

My way of meditating is pretty basic. I sit cross-legged on a couple of my cushions on the floor, relax, rest my hands on my knees, and close my eyes. My spine is straight, and my tongue is lightly touching the area behind my two front teeth. While I used to use a  simple "one-two" method for my breathing—Inhale ("one"), exhale ("two"), repeat—I now tend to favor the method advocated by Robert Aitken (1917 - 2010), founder of the Diamond Sangha, a Zen Buddhist society he founded in Honolulu. He advocated the counting of breaths to people who were new to sesshin, or intense Zen meditation:

Inspired by Thích Nhất Hạnh's book Peace Is Every Step: The Path of Mindfulness in Everyday Life, I've started making an effort to smile with every exhalation. As he writes,


Breathing in, I calm my body.
Breathing out, I smile.
Dwelling in the present moment, I know this is a wonderful moment!

I won't go into all the potential benefits of meditating. There are plenty of books and articles about that. Instead, I want to share three of the benefits I've noticed personally.