Through a Predator's Eyes 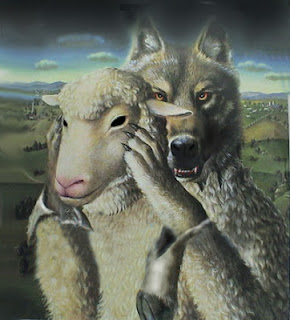 Here’s an experiment for the next time you are in a crowded environment such as a grovery store, shopping center, or busy downtown area. Try looking at everyone as if you were a predator. I don’t mean scowl and attempt to look menacing. Instead, imagine yourself as a predator and use that mindset to assess the people around you.

What do you notice? Which people look like potential victims? And what makes them potential victims? Maybe it’s because they are not paying attention, instead talking on their cell phones or texting or reading their Kindles as they walk. Perhaps they are walking facing down, their eyes focuses on the ground. Or it could be something in their body language that hints of timidity.

This experiment isn’t just a way to tap into your inner serial killer. There are two valuable lessons to be learned:
Again, I want to stress that I am not encouraging anyone to walk around pretending to be a psychopath. No, this exercise is primarily one of awareness of both yourself and your environment.
Posted by Brandon at 1:58 PM