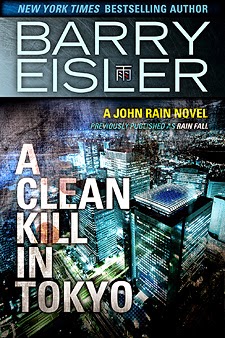 Barry Eisler is, in my opinion, the best thriller writer since the genre's glory days in the '60s, and his half-American/half-Japanese anti-hero John Rain is probably the coolest assassin in fiction, and one of the best characters since James Bond.

If you're in to fitness and martial arts, the Rain novels are must-reads. Eisler lived in Japan for many years, where he earned his Judo black belt at the famous Kodokan. He also knows a bit about Brazilian Jiu-Jitsu, Kali, Sambo, and other fighting arts. The fight scenes in the novels are brutal, believable, and realistic. If you practice a grappling art, reading Eisler will make you want to put down the book and find a partner to roll with. In fact, sometimes before a hard BJJ session, I find myself thinking a variation of Bruce Lee's "Be like water." I think: "Be like Rain!"

Grapplers should be excited to know that going against the typical grain grappling techniques are vividly described in the books many action sequences (in both John Rain's "field" work and in a visit to the famous Kudokan).

(Quick Aside: Barry Eisler's great website features a fantastic article called "Practical Martial Arts Tips from Assassin John Rain" that pretty much sums up my thoughts on the subject.)


Eisler also makes a point to tell us just how John Rain stays in shape. His typical workouts include lots of Hindu Push-Ups and Squats (Matt Furey's Combat Conditioning is specifically mentioned in some of the book's acknowledgements), a grappling-based form of shadowboxing, and Pull-Ups. That's a great, simple, effective approach to fitness, and I've been known to do workouts specifically inspired by Rain's routines. To be honest, while I was familiar with Hindu Push-Ups and Squats, I didn't do them regularly until is saw them referenced in one of Barry Eisler's novels. I got inspired, added them to my workouts, and haven't looked back. 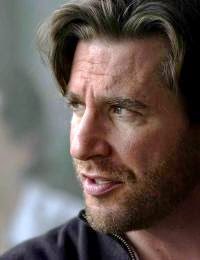 Another reason I love Eisler's John Rain novels is their strong sense of place. Like Fleming before him, Eisler knows the value of adding a bit of travelogue to his books. The descritions of Tokyo and its smaller neighborhoods are particularly effective. When Rain visits a jazz bar in Minami-Aoyama to enjoy a single-malt, you feel like you are right there with him.

The John Rain books are poised to become way more popular, as Keanu Reaves will star in and executive produce an upcoming television series “Rain,” based on the novels. I'll be curious to see how this pans out, and Reaves might actually make a pretty good Rain. (Eisler shared his thoughts about the TV show here.)
Posted by Brandon at 10:35 AM